The Rings of Akhaten

more reviews
“The Rings of Akhaten” is the closest thing you can get to a musical episode of Doctor Who as of 2014. It’s meant to be the episode that proves how good the new companion is and all. It was also advertised by Moffat as one to have lots and lots of different aliens and a big, awesome alien planet. Does it deliver? 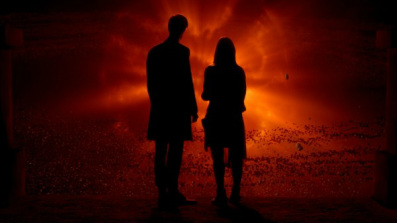 Sort of. There are lots of awesome alien races that show how big the universe really is, but then the planet itself has less than 10 locations, and thus I didn’t get the “big awesome alien planet” feel and instead a “Maybe they shouldn’t have blown the budget on the CGI” kind of feel. But, having said that, I have to admit the CGI in this episode is top-notch, and an excellent job from the Mill. They’ve done a beautiful job at making Akhaten another world in another galaxy, and the parasite is wonderfully realized.

Praise also has to be given to Emilia Jones, who plays Merry. While her character is slightly annoying (She’s worried about singing a song which has only five words which are just repeated a lot. Seriously?) Jones does an excellent job singing and is a great actress. Murray Gold also composes some beautiful music, and you know I’m talking about “The Long Song”. It’s one of the best pieces from NuWho and it’s fitting that it plays when Matt Smith regenerates a couple episode later. 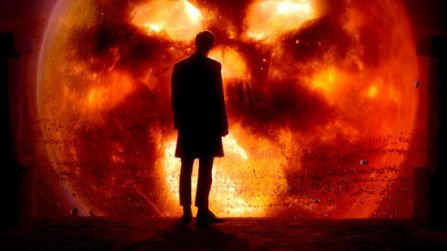 Onto the story itself, I’m afraid it’s a weak plot. The Vigil, who have an excellent design, are wasted. The sonic screwdriver is overused and given new abilities which are so preposterous I felt like I was watching a fan film with an overgenerous budget. The Doctor leaves Clara, someone’s who has never been on another planet, let alone out of the country, too explore an alien market by herself, thinking that nothing will go wrong. It’s lazy to have the Doctor do something like that and not explain why he didn’t go looking for Clara. It’s also a waste of an idea to have the Mummy be used as an “alarm clock”. And anyway, what happens to it once it roars loudly? Or are we just meant to forget about that? 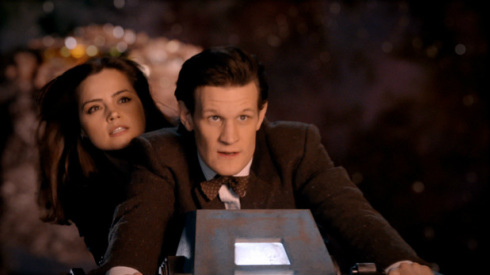 There are nice touches here and there. The Doctor keeping Amy’s glasses, Clara being the savior of the day (the infinite days resolution to the story is quite clever, and a heartwarming moment for Clara) and, of course, the Doctor’s speech. Matt Smith instantly becomes one of the greatest actors ever with that speech. It’s one of, if not the, best moments in Doctor Who history without a doubt. But sadly that scene doesn’t make up the first two acts of the story, which are, frankly, boring. It’s an episode that has such an equal amount of pros and cons, I’m just not sure what score to give it akhaten.