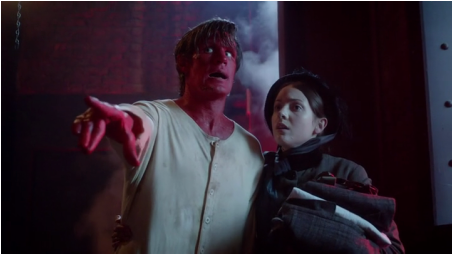 The Crimson Horror is a fun, downright cheesy story. It’s got lots of cliché fainting, an evil old lady and it’s got a lobster as the big bad. But it’s quite possibly one of the greatest episodes of NuWho. It gives Jenny a real chance to shine and prove that she’s just as equal as Strax and Vastra. And hey, Clara doesn’t annoy me this episode! Purely because she’s got nothing to do. We’re also treated to a new costume for the Doctor, which I love a lot. I wish we could have that and the little bowler hat instead of the main one he has this season.

This episode is excellent all round. The direction is wonderful, the cast is unbelievably good, and it’s got a perfect mixture of scary and campy. Looking back at my notes, the episode’s acts are quite different. The first act is a Paternoster Gang back-door pilot. The second act is a Doctor Who/Paternoster Gang crossover, and then the final act is pure Doctor Who. Gatiss is excellent with the script and with writing the Paternoster Gang. If they do a spin-off with the beloved trio, Gatiss should be Head Writer. 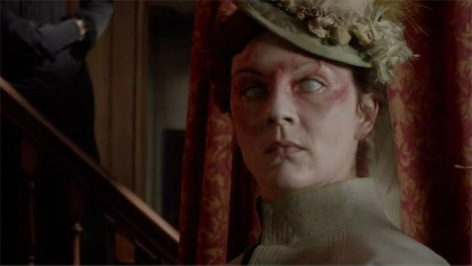 There’s not much to say about the episode itself because of how simple it was. I guess the lobster is very silly. But it’s supposed to be silly, so I can’t complain. The kids annoy the hell out of me already and they have less than a minute of screen time. Not looking forward to seeing them for the majority of the next episode.

All in all, the 100th episode of NuWho is downright cheesy, but I love it so much I can’t criticize it. It’s a solid good episode for the Paternoster Gang and I hope Mr Sweet is remembered as the Kandyman of NuWho.

comments powered by Disqus
Powered by