The Bells of Saint John

More reviews
“The Bells of Saint John” is where we are introduced to the new companion Clara Oswald, and resume Steven Moffat’s dream of every movie being a 45 minute blockbuster. It’s something like a Bond film, but with all the things that make a Bond film taken out and instead replaced with all the things that make a Doctor Who episode. It’s a modern day London, sci-fi thriller in 45 minutes. But is it any good? 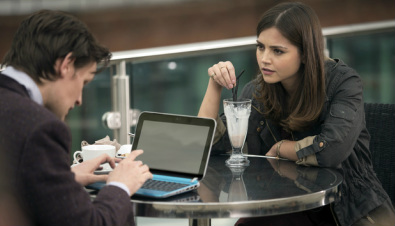 We then meet Clara, the proper one, and we learn that she doesn’t really know how to use the internet at all. Okay, a bit strange considering my grandparents know how to use computers, but I’ll accept it. And then later we learn that Clara is “Very clever, but no computer skills.” So I’m supposed to believe that this character is very clever, but not clever enough to use the internet? I refuse to believe that. It just doesn’t add up and feels as if it’s said purely for the story, but not for the character herself. Coleman is a great actress but her character doesn't feel fully fleshed out yet. 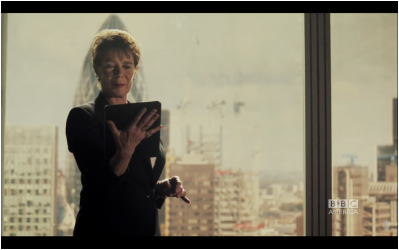 Anyways, the villain of the piece, Miss Kizlet, is probably one of the best original villains of NuWho (Helen A is still the best one-off villain of Doctor Who). From her first scene, we know that she is a cold puppet master, or so she thinks. The way Kizlet changes the way her workers think is a twisted and deranged concept, and it makes me wonder if this has been used before in Doctor Who.  Celia Irmine’s performance is cruelly underrated, and really deserves more praise.

The monsters of the episode are the Spoonheads. The way they’re shown is creepy and disturbing, and are probably the best new monsters of Series 7 (and since there weren’t any really good monsters in Series 7, that’s sadly not saying much.) I love the way the Doctor uses the Spoonhead against Kizlet, but more on that later. But hang on, what happened to all those Spoonheads? They don’t mention what happened to them in the episode, did they just power down?

I’m surprised I haven’t talked about Matt Smith. Well, he’s on fine form here, as he has a new chemistry with Coleman (Though I wish all the flirting was taken out, it’s just cringe material for me.) His new costume fits him so much better than the tweed. Smith especially plays the Doctor at his best (In this episode.) when he blackmails Kizlet in releasing Clara and everyone else out of the Wi-fi. It’s a dark move when you think about it, and I love it. 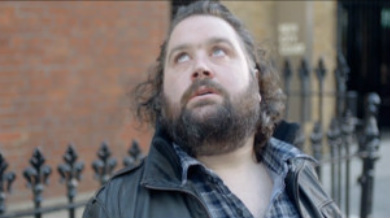 Murray Gold has an excellent soundtrack in this episode, from Clara’s theme to the guitar version of I am the Doctor to the amazing Ba Ba Biker. New director Colm McCarthy has an excellent style that I’d love to see more of. But of course, the star of the episode, and perhaps the series itself, is Man with Chips. From the way he delivers his lines, to the way he expresses his emotions with just a look, are amazing. Bravo Man with Chips. Bravo.
comments powered by Disqus
Powered by