more reviews
Nightmare in Silver is Neil Gaiman’s second Doctor Who story after his much loved “The Doctor’s Wife”. It’s got the job of presenting the new Cybermen and making them cool again and as a whole, it works. It’s a nice, one-off story that is something only Gaiman could write. It’s an incredibly different story compared to “The Doctor’s Wife” and that’s a good thing. 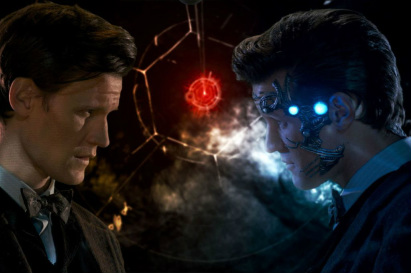 Nightmare In Silver is actually a really good story, and there are only two or three problems with it, and I’ll get those out of the way no to end things on a positive note. The main problem is Angie. She’s an awful character and maybe she was written in that way, but she only has 20 lines (I counted) and 20 times I wish the Cybermen would just convert her. I’m quite glad that we won’t be seeing more of her in Series 8, as Clara is not a nanny anymore, and is suddenly a teacher! (But that rant is for another day.) 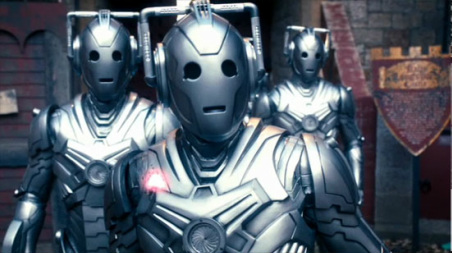 My second problem with the story is, go figure, Clara. Here she is suddenly tough, strong and shown to be a good leader. Since this is the penultimate episode of her first series, I wouldn’t have a problem with that, because it’s called character growth. But the fact is, we haven’t seen that character growth happen. We didn’t see much of her in Crimson Horror. In Journey she was shown as scared but also determined. In Hide, she’s scared but also emotional. In Cold War she’s just scared. In Rings of Akhaten, she’s emotional and caring. In Bells of Saint John she’s nothing really. The point is I feel that the writer’s can’t decide what they want Clara to be, and I can hear a lot of Amy in the lines meant for Clara. Coleman is doing her best at making the character a character, but I don’t feel like that’s enough. 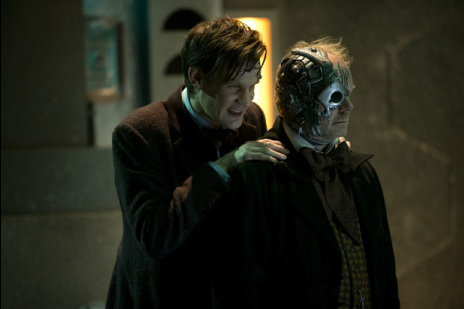 Now let’s go with the positives. The acting is top-notch, and Matt Smith gives his best performance yet as Mr Clever. Warwick Davies is wonderful as Porridge and the kid actors are…never mind. The new Cybermen look sleek and shiny, and I love their super-speed ability as well as their voices. I’m not sure how I really feel about the Cybermen detaching their hands, but I suppose it makes sense. Gaiman’s dialogue is crisp and he simply gets the Doctor perfectly. Not too fond of the Doctor having a crush on Clara.

In conclusion, this episode is a nice little one-off story, even though there are elements that don’t make it quite as perfect as it could have been. I’d love Warwick Davies to return as Porridge, and the new Cybermen need to have another episode with them. Maybe Series 9 can be about just the Cybermen. That would be lovely.
comments powered by Disqus
Powered by