Journey To The Center Of The TARDIS

More reviews
Journey to the Center of the TARDIS is mostly set in the TARDIS, in which the viewer gets to see rooms never seen before, such as the swimming pool, the library and what I assume is a workshop. Matt Smith is superb in this episode, and it’s a real highlight of his era (“My ship, my rules!”). Coleman is also much better in this episode then her performance in previous ones. The main cast now feel like they have a real chemistry, but sadly I don’t care for Clara because of her lack of defining characteristics (Saying “oh my stars” a lot in a single episode does not count as a characteristic, before you say anything.).

Unfortunately, this episode is let down by the awful acting from the guest cast. Ashley Waters, who plays Gregor, is truly awful with his lines and one of the worst actors in all of Doctor Who. Child actors are better than him. Something that really annoyed me was the large amount of shots from the point of view on the time zombies (more on them later.) there are loads of blurry shots that just make me dizzy. One or two shots would have been fine, but not a quarter’s worth of the episode. It’s also let down by, oh I don’t know, the fact that everything in this adventure is erased from history and therefore it’s pointless? 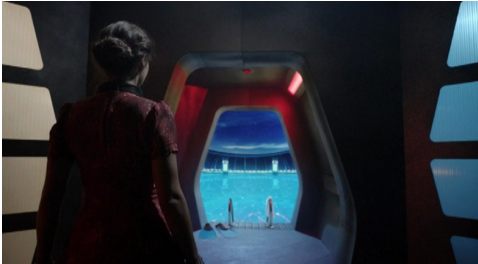 There are some good points. The rooms that we see in the TARDIS are great, even though I wish we could have seen more. The Mill pulls all the stops and eats up the budget with the CGI. And Fire Woman is used! I love that song. And we hear lots of past Doctor’s and companions as well. “The Hordes of Genghis Khan couldn’t get through those doors, and believe me they tried.” gave me minor goosebumps.

The Clara arc is finally addressed in this episode properly, after having lots of “she’s not possible” lines from the Doctor. Turns out Clara’s normal, well, she think she is normal. This is good, as it allows the Doctor to now be properly be friends with Clara without thinking she’s the Rani or something. 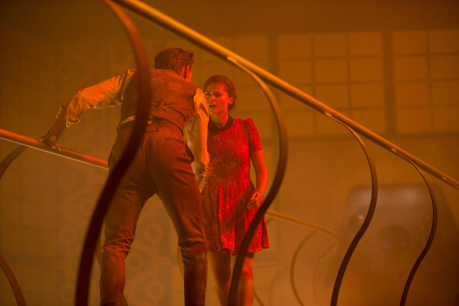 And it turns out the Time Zombies, which are a brilliant design, are actually Clara, but I like the theory that they could have turned out to be Time Lords who the Doctor kept deep in the TARDIS to keep people safe. It’s a clever idea for Clara to see her possible future, but I can’t help but wish the theory I stated happened.

But as I watch the episode, it all feels very average. Maybe it’s because Hide was so good for me, but Journey feels boring and it’s as if the writer of this episode, Steve Thompson, is trying to be like Moffat in making everything big and exciting. His work on Sherlock is mind-blowingly amazing, so how can he write two Doctor Who scripts and then they turn out to be average and boring?

comments powered by Disqus
Powered by