more reviews
The first time I watched “Hide”, I didn’t like it. I found it boring. But when I re-watched it, I found out that I really enjoyed it. I believe the reason I disliked Hide the first time around was because of the false advertising (“It’s really scary! Be scared of the scary scares we put in this scary episode! Scary stuff.”) It’s advertised as a scary ghost story, but as the Doctor himself says at the end “This isn’t a ghost story, it’s a love story.” 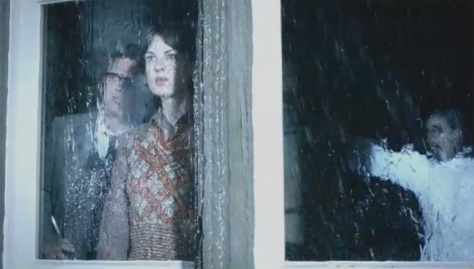 This episode has Dougary Scott and Jessica Raine in the cast, and they are formidable. Move over Paternoster Gang, I want a spin-off with Scott and Raine. Smith and Coleman are also on excellent form as always, although Coleman feels slightly off. (Understandable, as this was the first episode in Series 7: Part 2 that was filmed.) The tone in the first act is very spooky, but there’s a sudden shift in tone once the Doctor and Clara travel through time. It suddenly goes from “ghost story” to “sci-fi”. This change isn’t bad, it’s actually very well executed.

Clara’s character develops slightly and is beginning to feel like a proper character, and her relationship with the Doctor greatly moves forward. Praise has to be given to Coleman and Smith again for the “We’re all just ghosts to you” scene. It’s probably my favorite scene in Series 7. 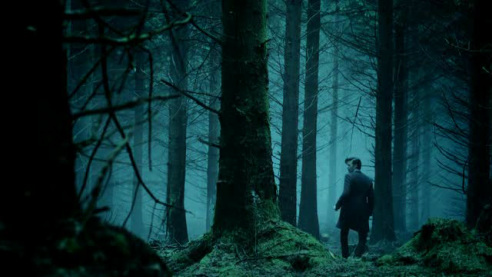 So, is this episode scary? No. It’s got spooky moments and you can tell Cross wants to scare you, but it doesn’t work well. There are moments that are beautifully shot, and I was about to name one, but I can’t name a single one. In fact, the entire episode is amazing to watch. More praise has to be given, and this time it’s to the director, Jaime Payne. Oh, and hooray for the lack of sonic! It’s used once or twice, but isn’t used as an important plot device.

The episode isn’t without flaws. Some dialogue is cringy (“Ghostbusters” and “It’s ghost time” bug me.) and I think the ending should have been extended, but those are the only flaws I could find. I generally enjoyed this episode. It doesn’t have a rushed ending, and I really don’t mind the fact that the monster is in love with another monster. It’s just like Ten and Rose. Yeah, let that sink in. 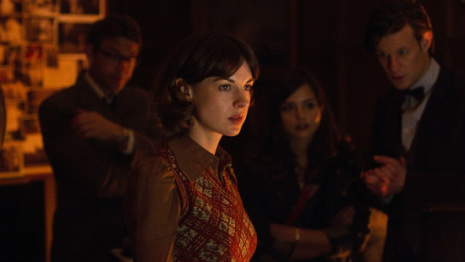 It’s hard to believe this episode is written by the same man who write one of the most boring episodes of NuWho. It’s incredibly different in the fact that it’s way better then Rings. The dialogue is excellent, the plot makes sense and the sonic isn’t overused! How is it that the man who wrote one of the worst episodes of the Matt Smith era also wrote one of the best? The world may never know.
comments powered by Disqus
Powered by